Supplying Norwich businesses and residences with shredding services is what we at Datashredders do best. Whether you have a handful of documents, or whole filing cabinets full, we can shred your confidential waste for you.

As one of the UK’s leading confidential waste specialists and recycling companies, Datashredders provides secure shredding services in and around Norwich.

We work to the standards of the latest UK Data Protection Law and General Data Protection Regulations (GDPR). We can ensure complete, legitimate destruction of sensitive information across a wide range of industries. We have clients in all sectors, from small SME businesses and large corporate companies to private households and government bodies.

Datashredders provides cost-effective and convenient shredding solutions that can be tailored to your requirements. Our shredders are capable of destroying any material, whether you need to dispose of paperwork, hard drives, or other electronic devices.

One of the great benefits of our service is our ability to shred on-site. We have mobile shredding vehicles that allow us to travel to you. This reduces the risk of your data being compromised while in transit, as well as the time it takes to complete the shredding process.

To protect your data from being stolen, contact us online or phone our office on 01603 208327 and enquire about our secure shredding solution. 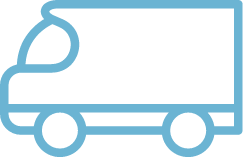 We’ll bring our mobile shredders to your premises so that you can watch as we tip your files into the machine and shred them. This way you can be certain that your sensitive information never touches unauthorised hands.

Off-site shredding is carried out at our purpose-built shredding facility. Each of our depots are monitored by 24-hour CCTV and surrounded by high perimeter fencing to maintain security.

Off-site shredding is our most cost-effective service because we can shred in bulk. You will be given sacks or secure waste containers to fill, which we will tip directly into our tracked vehicles so that it is not compromised. Your sensitive documents will then be transported straight to our secure facility to be destroyed in a single day.

Datashredders’ shredding service encompass all kinds of media, not just paper. We can shred any digital or electronic storage device, including hard drives, flash drives, CDs, DVDs, audio tapes, mobile phones, SD cards and other portable storage devices. The resulting scrap from the shredding process will be sent to an Energy from Waste Plant. There it will be incinerated in order to generate electricity for homes across the UK.

Some very skilled people can extract data from even fragments of circuitry We use powerful hydraulic shredders to ensure complete hard drive destruction. This way, no information can be recovered from fragments of mechanism, drive platter or electronic component. 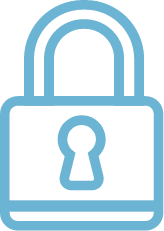 Commercial businesses have legal obligations to staff and clients to securely dispose of confidential data. Failure to comply with data protection laws can have severe consequences, such as large fines and a damaged reputation.

Depending on the scale of your business, you may want to consider one of our regular confidential waste disposal services. These include weekly, monthly and bi-monthly document shredding. We will work with you to come up with an arrangement that fits your business.

No Job Too Small

While many of our clients are businesses, we also offer confidential shredding for residential and domestic customers. If your home office has personal bills, bank statements or sensitive records that need destroying, we can come straight to your doorstep with our mobile shredding service. No matter how much material you want to destroy, whether it’s one file or a room full, we can take care of it.

We can shred confidential papers, plastic and digital media all at once, so you don’t need to spend time separating out your waste. We will provide you with a purpose-made sack or container for you to fill, which will be fed directly into our mobile shredding machine.

Datashredders is able to offer a one-off clearance service to meet the shredding needs of all customers, both domestic and commercial. This package is for customers who don’t require regular destruction services or have a cluttered space that needs clearing. Your mess becomes our responsibility.

We will make your life simple by coming to your premises and shredding everything that can be shredded and removing whatever else we can for repurposing or recycling. All you need to do is make sure that there is nothing in the room that you want to save!

At the onset of COVID-19, society had to adapt to a different way of working. Hybrid working has sometimes made it necessary to store confidential business information in the homes of employees. Confidential waste management policies and practices have adapted to ensure that waste paper and media located off-site can still be disposed of securely.

Datashredders offers two options for businesses with hybrid workers. The first involves sacks being delivered to the employee’s house for them to fill and deliver to the office; we will then collect them for destruction along with office waste. The other involves the collection of confidential paperwork from your company’s offices and a secondary collection from the employee’s house.

How much does it cost to shred a box of documents?

You can request an instant quote on our website by clicking on the ‘Quick Quote’ button on the toolbar at the top of the page. Fill in the boxes and click ‘Get in touch’. We’ll get back to you with an estimate based on your answers. Otherwise, you are welcome to contact our sales team to get an idea about our competitive prices. It is the weight of material shredded that usually determines the final cost and off-site shredding costs less than on-site.

Why do people choose us?

Where can I see my documents shredded?

Get in touch on our website, email us at info@datashredders.co.uk, or phone 01603 208327 to contact your local shredding company.

Directions for shredding services in your area

From Norwich Train Station, turn left towards Riverside/A147. Continue to follow A147 past Norwich City Football Club and over the River Wensum; at the roundabout, take the third exit onto Martineau Ln/A1054. Use the left 2 lanes to turn left onto A146, then after some way, slight right and merge onto Norwich Southern Bypass/A47. Take the A47 all the way past Swaffham. At the roundabout by Avanti Grille & Truck Stop, take the first exit onto Downham Rd/A1122. At Bexwell, take the first exit on the roundabout onto A10 and head south. At the next roundabout, take the second exit onto A1122. Stay on A1122 until Nordelph and turn left onto Slit Rd/B1094. When the B1094 reaches the B1098, take the left turning and head south until Manea Rd/B1093. At Manea Rd, turn right. At the end of Manea Rd, take the righthand turning onto A141/Isle of Ely Way. Datashredders shredding company is off a righthand turning onto Eastwood End.

Please choose the maps you want to display.

Lying about 100 miles north-east of London and 20 miles west of the coast at Great Yarmouth, Norwich is the largest city in East Anglia and a district of Norfolk, England. It is the county town of Norfolk and the seat of the See of Norwich (an episcopal see being a bishop’s ecclesiastical jurisdiction). As such, the town has one of the country’s largest medieval cathedrals.

Norwich is perhaps one of the most complete medieval cities in the United Kingdom. Many historic medieval features still exist there, such as Elm Hill, St. Andrew’s Hall and Blackfriar’s Hall, Dragon Hall, The Guildhall and Norwich Castle. In 2012, the city was designated England’s first UNESCO City of Literature.

The Norwich area was originally the heartland of Boudica’s Iceni tribe, with the Iceni capital located 5 miles away, near Caistor St. Edmund. Anglo-Saxon settlements later sprung up in Norfolk and East Anglia in the 5th – 7th centuries and the town derives its name from one of these; Northwic (‘North Farm’).